What a visitor took home

Off The Beaten Path: Are You Packin’ An Alpaca?


Only 91 miles from Phoenix, or 1,742 miles from Chicagoland, is a one-of-a-kind place called Plum Creek Alpacas in Prescott Valley, Arizona, where the primary commodity is (yes, you guessed it) alpacas! A visit to this 20 acres of grassland, farm and pastoral tranquility, is an experience that is guaranteed to leave you knowing a little more than you did about these shy, curious and intelligent ancient creature so often confused with llamas.

(A word to the wise, do not embark on this winding road to Plum Creek Alpacas in a Maytag white rental car, particularly after or during an Arizona rainstorm. Your GPS is guaranteed to direct you to a red dirt road, the final leg of this journey and the approach to the alpaca farm. In fact, during Arizona’s rainy season consider a four-wheel drive or Jeep!)

Plum Creek Alpacas owner and caregiver Brian Smith, who works alongside Valerie Reiser, is an extremely knowledgeable alpaca entrepreneur who gladly directs one-hour tours of Plum Creek Alpacas. Obviously enjoying every moment of his own alpaca experience, he enthusiastically acquaints you with the four-legged inhabitants and explains the difference between alpacas and llamas. Although cousins, being of the camelid species (yes, these are the multiple stomach, regurgitating guys), the alpaca and llama are different: Alpacas may weigh in at 150 pounds while a llama may easily weigh three times that (like 400 pounds) and are considerably taller.

While both alpacas and llamas, which roam the high mountains of South America in Peru, Chile and Bolivia, have been domesticated for thousands of years, their personalities differ. Alpacas are docile and considered herd animals, whereas llamas are more aggressive and have even been used to guard alpacas, sheep and smaller farm animals. Dogs, even the family pooch, if they are not used to livestock, can be one of the biggest threats to the stately non-assuming alpaca. Other alpaca predators are coyotes, wolves, bears, and mountain lions, depending on where the farm is located and farms have sprung up throughout the country.

Another distinguishing feature is that alpacas have short spear shaped ears, while llamas and have longer banana shaped ears and generally do not have as much hair on their face. One of the most significant differences between the two is the quality of their hair. Alpacas have a much finer, lush fiber and come in a greater variety of colors, approximately 25. While Alpaca breeding for color is a crapshoot (remember Mendel’s pea plants and genetics?), as you never know what you are going to get, the really cherry is in the lush quality of their fiber.

Exportation of alpacas to the United States began in 1984 with a huge boom in the alpaca farming industry in the 1990s. Interest in alpaca farming continues worldwide. There are two breeds of alpacas: huacaya (wha-KAI-ah), the more common accounting for 90% of alpacas (Smith and Reiser are huacaya breeders), and the suri (surrey), the rarer and scarcer of the breeds. Huacaya fiber is fluffy and crimpy (qualities they are judged on in competitions), and extremely soft. Suri are known for their flowing separate locks, that appear twisted, like dreadlocks. The suri’s fiber is said to be as soft as cashmere, warmer than wool, with a luster of silk.

One look at these lovable alpaca critters, with their ostrich eyes and long lashes, will melt even the hardest of hearts. Why they are peaceful and appear to be smiling and cannot really bite like some creatures as they only have bottom teeth (which continuously grow and require trimming to avoid starvation). For the most part they are pretty laid back, but, Smith cautions, beware of one their greatest defense mechanism, besides spitting: their kicks. A swift one can break a human shin.

Alpacas breed laying down. According to the Alpaca Owners Association Inc., the female is drawn to the male “orgles,” singing. It is this sound that is believed to induce ovulation. Male alpacas are usually ready to mate for the first time between one and three years of age. A female alpaca may fully mature (physically and mentally) between 12-24 months, generally after 18 months is recommended.

So 12 days after the act a farmer can tell if a female alpaca is pregnant by exposing her to the responsible male. If she spits at him (formally called “spitting off” in alpaca circles), it means she’s pregnant and will be expected to give birth to a cria, that’s the term for an alpaca baby, in a little over 11.5 months. No spitting: no pregnancy. Time to start the mating ritual all over. Mom alpacas generally produce just enough milk for one baby. Alpha males, being extremely aggressive, may need to be isolated from others.

So what’s the rage about alpacas? Seems we’ve been hearing more about them lately. Besides being cute as buttons, it’s all about the fiber, farming and fun. So many individuals who cannot tolerate wool can handle alpaca fiber. So that means that those soft cashmere sweaters that cause some to itch, can be replaced by alpaca fiber sweaters! Alpaca sweaters, hats, scarves, gloves, mittens, socks, blankets, dryer balls (which act as natural softeners), and Teddy bears are sought after! Alpaca yard is in demand and many are helping sheer the critters, usually done once a year, for the raw fiber and later spinning it into yarn for knitting, crocheting and weaving. Huacaya fiber absorbs natural dyes well, enabling creative folks to brightly color these fine fibers.

Farming alpacas is cheaper than other beasts and somewhat easier. Eating rather moderately, each alpaca consumes about a bale of hay per month. They adapt well to different climates, and enjoy reclining by fans in hot conditions. They do not require as much space as many animals, about 2-8 alpacas per acre, and are very clean, generally having one or two communal dung piles, a designated area where all the alpacas instinctively deposit their waste, which also makes great fertilizer and does not require composting.

The animals themselves are less expensive than some livestock, although costs go up based on fur quality and whether an alpaca has been designated champion status in competition. There are alpacas for sale for $2,000 and there are alpacas for $10,000. Stud fees are often based on status. Many alpaca farmers breed for competitive reasons, with fiber grade/fleece being judged, as well as conformation. Conformation involves evaluating such things as bite, back and tail. Shows are held throughout the country and the world. Many llama farmers, Smith and Reiser included, are proud to say they have produced award winning alpacas. Apparently, it doesn’t take a lifetime to produce a champion status alpaca if you are a conscientious farmer.

While here in the metropolitan Midwest it is easy to get caught up in big city affairs, politics, and traffic, it is truly refreshing to experience the existence of such delightful creatures of God in their peaceful settings and those who have been chosen to take care of them.

“And I think to myself, what a wonderful world.” —Bob Thiele and George Weiss 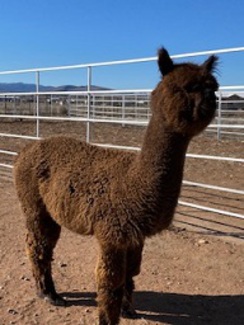 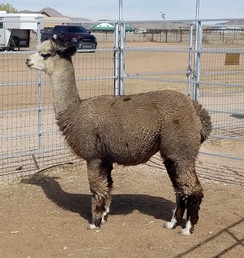 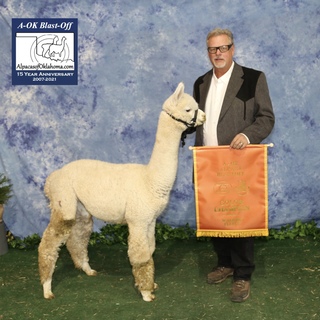 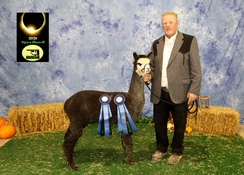